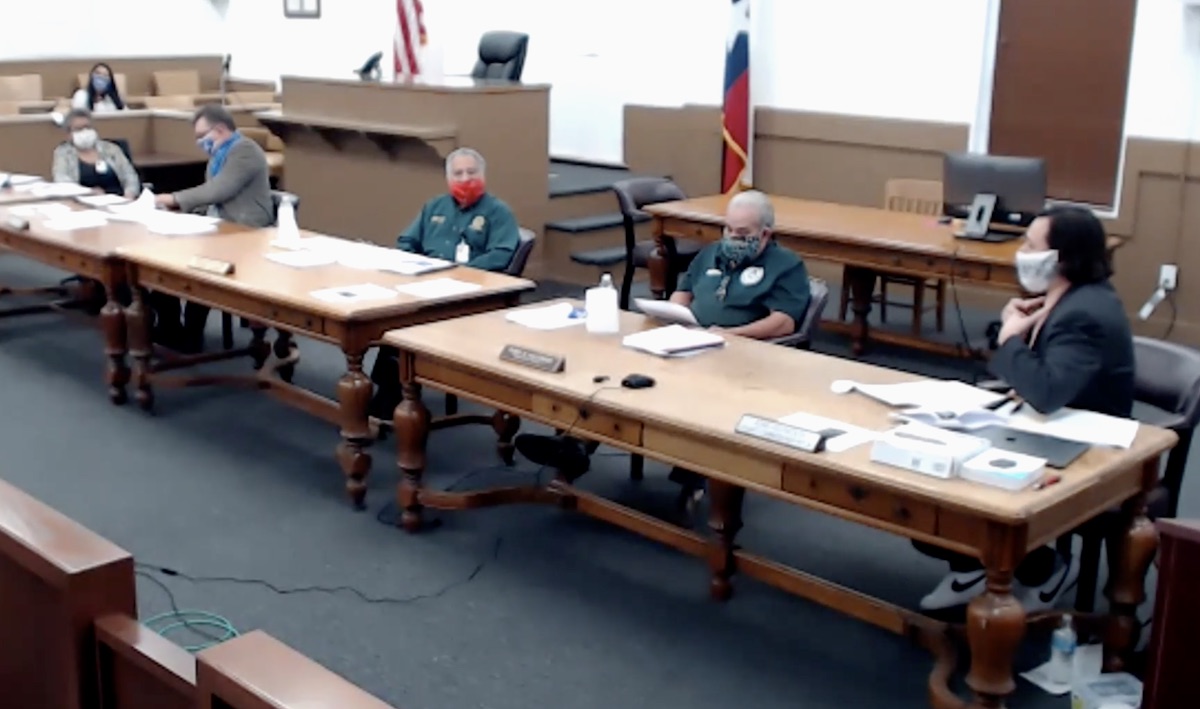 In the week that ended May 8, Frio County was subjected to a slew of positive COVID-19 case press releases in GEO’s immigrant detention center in Pearsall. At first, it was a steady trickle- only one case each day of May 1st, 2nd, and 3rd. And then fifteen positives out of the detention center on May 6. Add nine on May 8, for a cumulative total of thirty-two cases associated with the detention center.

The appeal to GEO was circulated online in open letter format and published in the Frio-Nueces Current on May 7th. A few days later, the press releases stopped. As of this writing, Friday, May 15, Frio has gone a full week without the report of a new positive COVID-19 case anywhere in the county, including the GEO detention center.*

That must have been a damn good letter.

As much as I’d like to believe that all I need is a laptop and a keyboard to type with to change the world, to paraphrase that famous guy, we must consider and evaluate the range of possibilities that could have led to a freeze in new reports:

1. GEO had this under control all along. In this scenario, pushed by a few residents in Frio County, GEO Group is one of the few billion dollar, publicly traded organizations that deserves the public’s blind trust. Though none of the GEO’s executive board live in Frio County, they clearly have our best interests at heart. Thoughts?

2. Public Pressure Forced Them To Adjust. Despite hiding from the accountability of a public appearance, there is a chance that the laser focused attention of elected officials and Frio County residents forced GEO Group to improve internal safety measures. In this scenario, the improvements were so good, that after a steady increase of COVID-19 cases from April 24th through March 8th, infections suddenly stopped. If they had this ability from the beginning, these adjustments should have been made earlier, but better late than never. And if GEO management has this much control over the spread of the virus, we shouldn’t expect another outbreak.

3. Juking The Stats. This would be the worst-case scenario for Frio County. Just because we don’t receive reports of new positive cases doesn’t mean there are no new infections. How could this happen? One of the questions that GEO seems loathe to answer is about the pace of employee/contractor/detainee testing. If the number of tests have declined, so too would the number of new positive cases. In this scenario, we will see another burst of new COVID-19 cases when tests are widely administered again.
And yet another possibility under the “juking the stats” category is that detainees are transferred before ever receiving a test. In this case, there may have been a case in the facility, but the person is long gone before we know for sure.

*And what’s with this asterisk? Immigration and Customs Enforcement has been publicly reporting new detainee cases a full one to three days before the information is kicked up to the State of Texas and back down to the county for “official” local reporting. The last batch of nine cases showed on ICE’s coronavirus website a full day and a half before the Texas Department of State Health Services reported the information to the county. And currently, ICE showed one new case three days ago. That number (35 cases) still has not been updated to the DSHS site, and as of this writing, is not reflected in the “official” Frio County numbers.

Well what happened at the meeting when GEO didn’t show up? They submitted a letter and printed some bullet points off their website. The letter lacked the specifics we were looking for to be assured GEO has been taking every necessary precaution to protect the community. We plan keep pushing.