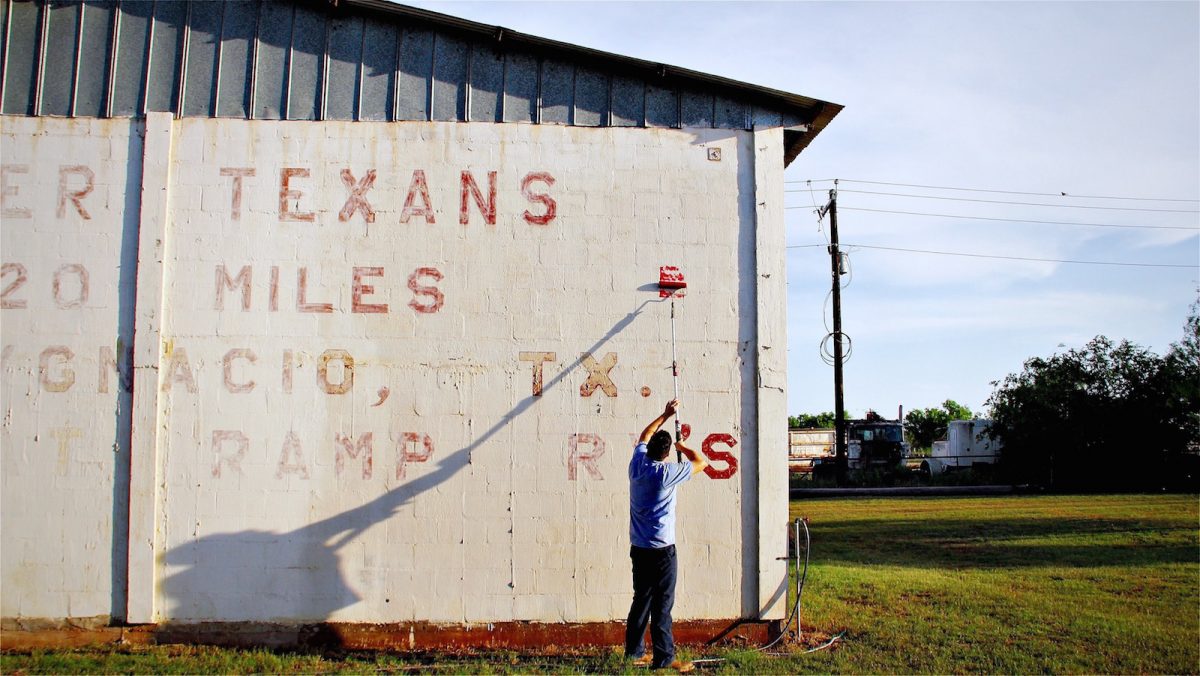 The Dilley city council recently voted to change the minimum building/remodel/repair permit fee from $23.50 to $5, but it’s unclear under what authority the city was charging so much in the first place…

When Dilley councilman Gilbert Eguia received the agenda for the pending March 21, 2018 city council meeting, he noticed that ordinance 15-04-14 would be amended “as it pertains to the master fee schedule.”

“Which master fees?” Eguia thought. The councilman pulled a personal copy of the old ordinance. As he read through the document, he saw rates for a broad range of city services from natural gas to wastewater to building permits to gazebo rental. Eguia brought the old ordinance as a reference to the meeting.

At the meeting, city administrator Rudy Alvarez clarified the purpose of the ordinance amendment.

“That is the only change to this ordinance,” he said.

Owners of buildings in Dilley are charged a permit fee for remodeling, repair, and additions. At the time of this council meeting, any improvement valued between $1 and $500 would be subject to a $23.50 permit fee paid to the city. The new ordinance would lower the fee to $5.

As council members rifled through their meeting documents, they might have noticed their packet did not include copies of the old ordinance, so they wouldn’t have been able to see the change for themselves. But Eguia had brought his own printout of the old ordinance.

He compared new and old side by side to see if, indeed, the only change in the ordinance was to the minimum fee of the building permit section…

Almost exactly one year prior, former councilwoman Esther Davalos brought the exact same fee before city council for discussion. As her restaurant was being re-painted, Davalos was told she would have to pay a fee to the city.

“What are you talking about? For painting a building?” Davalos asked. She was even more surprised to learn the fee would be $23.50.

“When did this go up?” she wondered. For some reason, Davalos assumed the fee would be $3, but she was told that the $23.50 had been calculated by Jeff Snowden in the city’s commissioned rate study, which the council approved.

$23.50 was too much, Davalos argued, and citizens were complaining. “That’s why they’re not doing improvements on their houses and little minor stuff that they can touch up. Because they feel that $23, $24 is outrageous.”

Davalos proposed lowering the rate back to $3.

Councilwoman Esmeralda Cano took the lead in the discussion, arguing against Davalos to keep the $23.50 fee in place. “I feel that the new permits have been in place for something like seven years, and I think it would be unfair to go back at this time,” she said.

Davalos formally made a motion to change the fee back to $3. The motion died when no other council member seconded.

If former city councilwoman Esther Davalos didn’t remember voting on a $23.50 permit fee for minor improvements, it’s because she didn’t. And neither did the rest of the council.

According to ordinance 15-04-14, the same ordinance Gilbert Eguia would later bring to the council meeting, the permit fee for a $1 to $999 improvement was only $3.

And according to city agendas since that meeting, the fee has never been formally raised. It is unclear when and under what authority the city started charging the much higher $23.50 rate.

Soon after Sabino Mena was elected to city council in May 2017, residents brought him complaints about the building improvement permit fees, especially the $23.50 minimum fee. A few residents even gave him copies of their permit applications to show what they felt were exorbitant charges to improve their homes.

Within his first year on council, Mena had the chance to make his case for the lower fee.

“A lot of people are complaining to me that they’re going to put a new window, new door, paint the house, they have to pay a fee,” Mena explained. “That’s what I’m against because a lot of the people here live on a month-to-month check.”

What a difference an election year makes. When Mena made this statement before the council, it was the first time since 2008 that each incumbent of city council places 3, 4, and 5 would have a challenger. And with the 2018 election less than two months away, each incumbent took turns agreeing with councilman Sabino Mena, even though just one year earlier they opposed the exact same proposition from Esther Davalos.

“Maybe reducing the $23, but leaving the others as is,” said Mayor Pro-tem Ray Aranda.

City administrator Rudy Alvarez opposed removing the minimum fee, requesting a transaction on the books for the purpose of alerting the tax appraisal district of improvements.

The motion passed. The ordinance would be formally amended in the next meeting, lowering the fee from $23.50 to $5.

In the next meeting, councilman Gilbert Eguia sat with his copy of the old ordinance alongside the new ordinance, trying to figure out what was happening as some of the city council moved to push the item through. Councilman Sabino Mena, who had spearheaded lowering the fee, was out of town for this council meeting.

With both ordinances in front of him, Eguia hurried to understand what was happening.

First, the old ordinance didn’t say the minimum fee was $23.50 as the old-guard city council members seemed to believe, or at least wanted everyone to believe. According to the old ordinance, the fee was $3. If an amendment to the ordinance was required to change the fee, since when, how, and why was the city charging $23.50?

Second, the council was being told that the only change in the ordinance was a reduction in the minimum building permit fee from $23.50 to $5. But with the both documents in front of him, Eguia could see the council was actually voting to raise the minimum fee from $3 to $5 and adding a surcharge to all other improvement ranges: 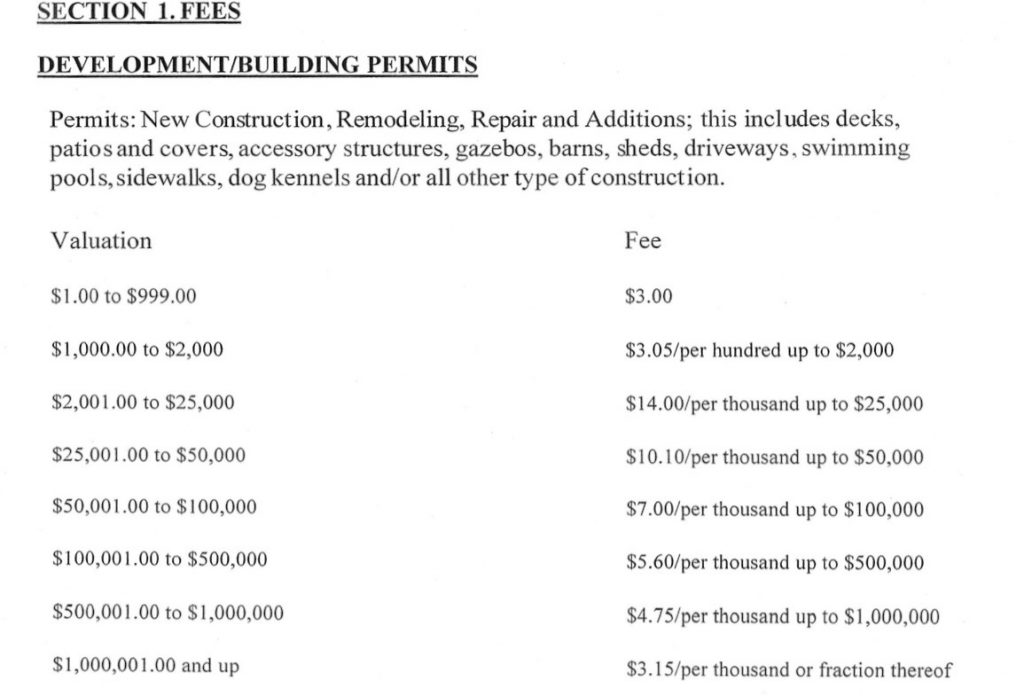 Compared to the New, Amended Ordinance:

And that was just the building permit fees. Further into examination of the two documents, Eguia would have seen:

A regulated towing price in the old ordinance:

The towing price was omitted from the new ordinance:

Moving fees appeared like this in the old ordinance:

Compared to the new ordinance:

And this rate schedule appeared in the old ordinance, but was completely removed from the new ordinance:

10-year councilwoman Esmeralda Cano, sitting next to one-year councilman Gilbert Eguia as he leafed through both ordinances opposed the motion. So did Eguia. Neither explained the reason for their vote.

It was a tie. With Mena’s absence, Mayor Mary Ann Obregon was forced to make the decisive vote. She voted with council members Ray Aranda and Morelsa Aranda, and the ordinance would be amended.

The $3 fee, for which the city had been charging $23.50 under questionable circumstances, was now formally and legally changed to $5. A few other fees had also been modified as a result of the vote, despite what had been verbally promised during the meeting…

The list of Dilley city council candidates is available here.