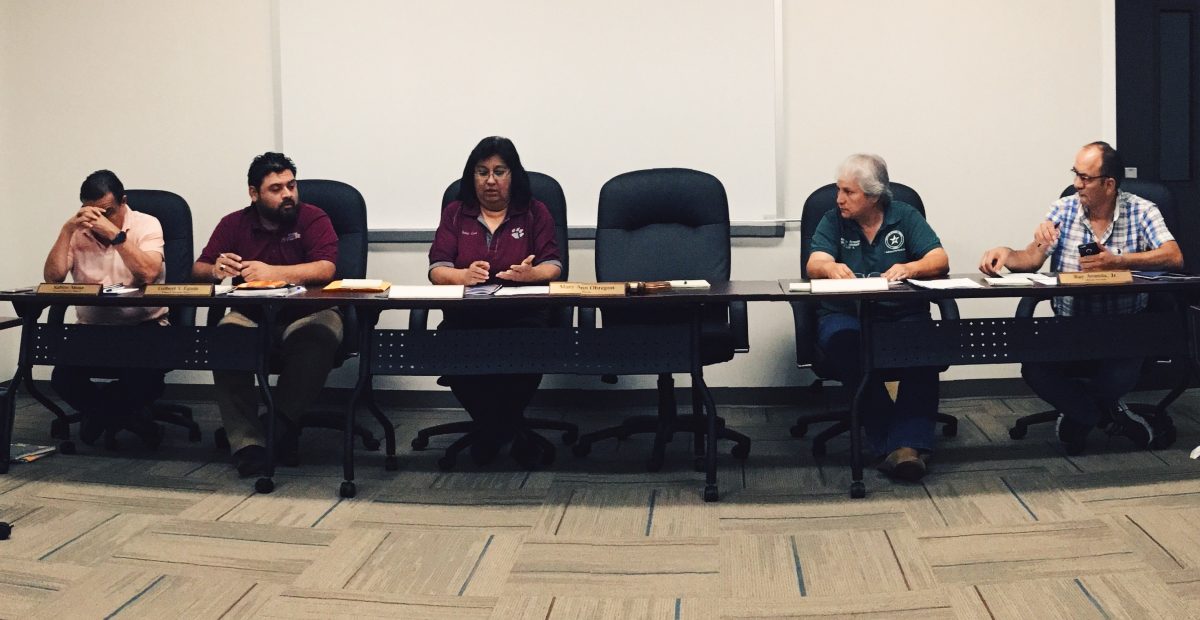 By the time the September 26th Dilley city meeting had started, the council was aware of extra revenue that was not included in the budget they were about to vote on- more than $84,000 in projected revenue, and $60,000 in eliminated expenses. If it had been included, the council would potentially have two new options: either keep the tax rate the same instead of raising it, or allocate those funds to departments and projects. City Manager Rudy Alvarez, who was hired well after the budget process began, suggested that it was too late to make wholesale changes, but made an offer to the council.

Alvarez asked that the council pass the budget as written, and in November, the council would be allowed to make amendments. To sweeten the pot, he listed employee raises, the summer youth program, and police vehicles as possible amendments.

The absence of Mayor Mary Ann Obregon at this meeting signaled the expectation of a routine vote. However, four of the councilmen, Councilwoman Esmeralda Cano in particular, had issues with Alvarez’s offer.

First, Cano felt that the council did not have the opportunity to give input in the budget process.

“I can only share what I mentioned to you before and that is, I am uneasy in adopting something that I had very little input if any,” she said. “And I understand that you assured me that we will be doing some changes. I just feel like if this goes out, and people inspect this, we already know that…”

“It has problems,” Alvarez said.

In years past, Dilley’s city council scheduled a budget workshop in August where they shaped a proposed budget, then filed it for public inspection. They would have a second budget workshop with another round of input before the final vote at the end of September.

This year, however, both workshops were held before the initial filing. As a result, after the filing, there was no opportunity for councilmen to return with input. For some reason, the schedule had changed this year from every previous year, and the effect was to strip the city council of influence. Newly elected city councilmen Gilbert Eguia and Sabino Mena listened as Cano described her reservations about public transparency.

“I don’t like the fact that we’re not being as transparent as we should be,” she said.

Alvarez disagreed. “It’s transparent in that we’ve already pointed out that we have to make changes.”

Cano responded, “Well I know that but when you put this out there, it doesn’t have the changes. We may know the potential changes, but the people won’t know because it’s not on here in any way.”

City Councilwoman Morelsa Aranda asked “Would it look right for us to go ahead and adopt it, and then turn around within a month to do all these amendments?”

Mayor Pro-Tem Ray Aranda was losing patience, as he saw this as a council-created problem when Alvarez’s hiring was delayed last month. “We knew this was going to happen when we put off the hiring,” he said. “So we anticipated this already. It’s not new to any of us here, we knew we were going to be in this predicament.”

Cano wasn’t ready to take the blame. “Let me just add to your comment. OK? Whatever we did, the delay and we didn’t have an administrator, etc… We had interims. This isn’t the first time that we’ve done this,” she said. Cano also said that she had asked for additional budget workshops, but did not elaborate as to why her request was denied or by whom.

Alvarez stayed firm. “If you’re going to do it right, you almost have to start over,” he said, emphasizing the amount of work to make the changes while up against the deadline.

Ray Aranda noticed that the city council had not opened the meeting. All of this deliberation had occurred during the 5:30pm scheduled public hearing session (at which there were no resident testimonies), instead of waiting for the regular meeting which was scheduled for 6pm- a violation of the open meetings act. “Well, we gotta go onto the regular meeting right now because it’s already past six o’clock,” he said.

Aranda guessed where some of the councilmen were going with the discussion. “They’re also saying changing the tax rate and everything else. So that’s why I’m saying we have to go back to July.”

Alvarez explained the stakes of not passing the proposed budget and property tax rate by the September 29th deadline. Dilley would have to keep the tax rate at the current $.80 instead of the proposed $.88. “So we would lose, in the general fund, roughly $60,000.” $60,000 was also nearly the exact amount that Alvarez had saved the city of Dilley from an interlocal agreement the day before at the county commissioners meeting.

This coincidence was not lost on Mena. “So actually we’d come out even,” he said.

Again, Ray Aranda wanted to move on. “We can’t change anything in the budget right now. It’s not on the agenda. We’re here to either adopt or not adopt, not to change.”

Cano’s patience was wearing thin as well. “Do you really want to go there? So in other words, we are forced to adopt this budget?”

Alvarez reminded the council of the circumstances, trying to defuse the tension. “It was an imperfect process this year. Hopefully, it won’t happen again.”

Cano mirrored Alvarez’s calm. “Mr. Alvarez, it shouldn’t have happened this year either. Bottom line.” Cano asked for a 5 minute break, and her motion was approved.

When the council returned, the items were tabled, and a new vote on a more accurate budget and tax rate was scheduled for Friday September 29th at 8pm.