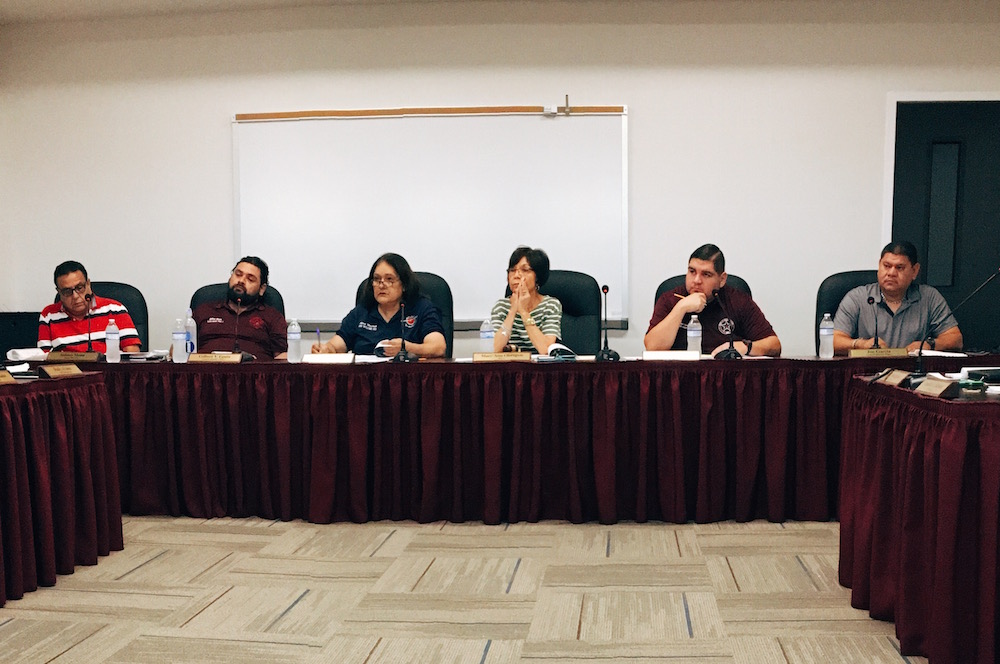 “Review of city bills” is a routine item listed on every Dilley regular meeting agenda. Typically, it’s passed without discussion. At the June 12 meeting, Mayor Mary Ann Obregon asked for a motion, adding “hopefully, this won’t take too long.”

The council responded by spending 20 minutes questioning the purpose of specific bills and line items. Often, the meeting took the tone of a Congressional investigation hearing. Council members asked for copies of paperwork, invoices, and practices. City staff dutifully answered each inquiry until the council voted to approve the review of city bills.

Most of the city council agenda items were included to fulfill the obligations of a Texas Community Development Block Grant (TxCDBG). Mayor Obregon asked for a single motion to approve agenda items 5-15, all related to the grant. Again, the council pushed back on the parliamentary proposal.

Councilman Sabino Mena took issue with the potential appointment of city administrator Rudy Alvarez as the designated civil rights officer. Mena cited Alvarez’s obligations to correct the deficiencies from last year’s financial audit and felt that Alvarez should not be given extra responsibilities until the task is complete.

“It really should be a city employee,” Alvarez advised.

“Does it say anywhere that it should be a city employee?” Mena asked.

Alvarez responded that he had not seen such a provision written anywhere, and that he would change the paperwork to propose councilman Gilbert Eguia as the civil rights officer.

Councilwoman Alicia Machado noted that sections of the TxCDBG paperwork were blank due to a copier error. Each councilman had the same issue and expressed misgivings about passing the agenda items without ample time to review the documents. The council tabled the items.

Capacity issues at the prison’s wastewater treatment plant have been covered by this blog, and now it appears that the city’s wastewater treatment plant “is right on the edge with suspended solids,” according to city administrator Rudy Alvarez. To avoid further issues with the Texas Commission of Environmental Quality, the city will rent a belt press for three months at $40,000 to lower the suspended solids count.

The city council passed an ordinance adopting an official map of Dilley’s corporate limits, but in a clarification email from the City of Dilley, the council passed an outdated map. The adopted map was current through October 8, 2015. However, the city annexed an area on May 10, 2016 that is not reflected on the city’s “official map.”

Departmental reports will return to the city council’s regular meetings at the request of councilman Sabino Mena. Specifically, Mena asked for financial reports expressing concern that some departments’ revenue are not meeting expenses, requiring transfers from other funds. Eguia asked for reports that would include updates about the state of affairs in each department. The council approved.

Lalo Tijerina Gets A New Challenger For The Office Of Frio County Commissioner Pct. 4.

You may have thought the race for Dilley and Precinct 4’s county commissioner was over when Lalo Tijerina defeated incumbent Pepe Flores in the runoff this past May. But that was actually an election to choose a Democratic nominee that will face off against… me. 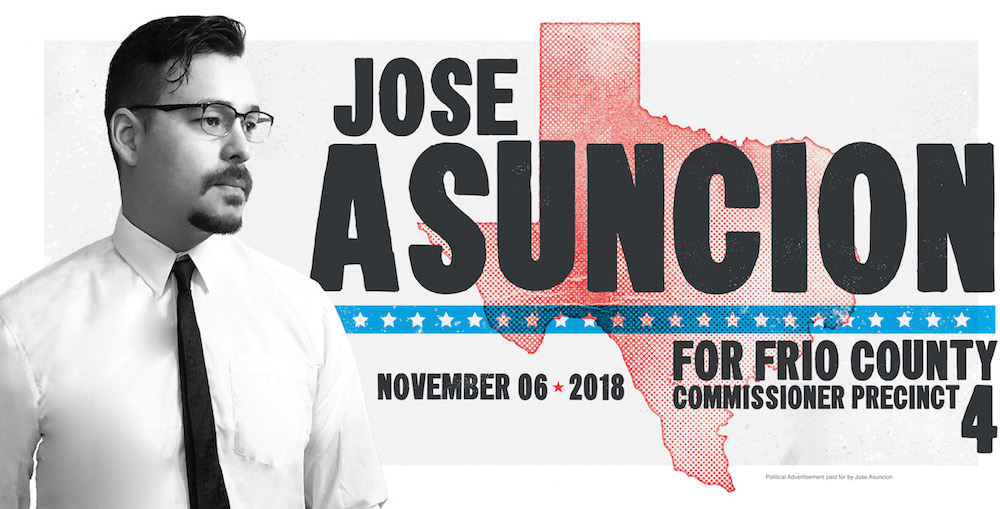 I, Jose Asuncion, will be the independent candidate on the ballot for Frio County Commissioner Pct.4 for the general election on November 6, 2018.

And for those of you who only know me as the author of Dilley Aguas, here’s a bit more about myself:

I am the grandson of Pipo and Licha Stakes of Dilley. My grandfather, Pipo, was born in Dilley, worked as a transmission mechanic in town and sang in the St. Joseph’s choir. My grandmother was a mother of four, a quilter and a CCD teacher.

As a child, I spent every summer in Dilley, absorbing histories, stories, bible lessons, and community. When my grandfather passed, my grandmother asked to stay in Dilley. I moved here to care for her.

I opened a small business in my grandfather’s old shop and began re-connecting with folks from my youth.

What I saw and how I’ve responded will be the subject of my campaign and campaign website, as I ask for your support in taking my community advocacy to the next level as an elected official… 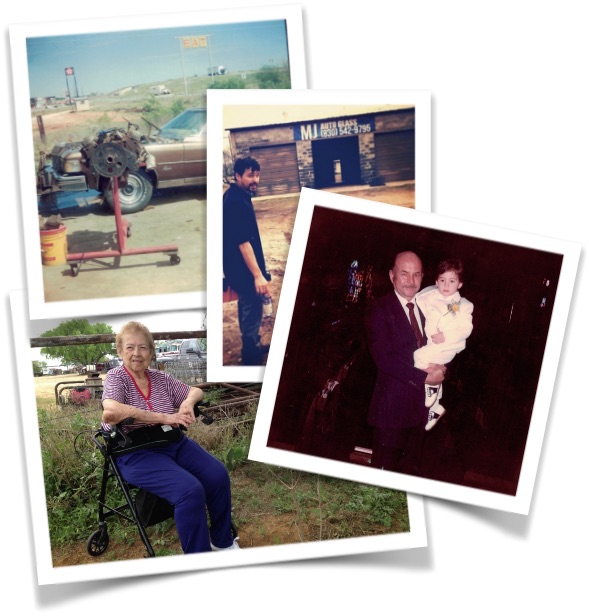 Thank you and see you on the campaign trail, 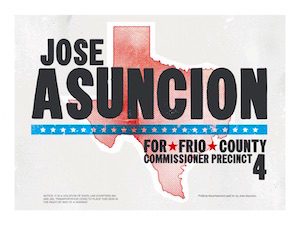