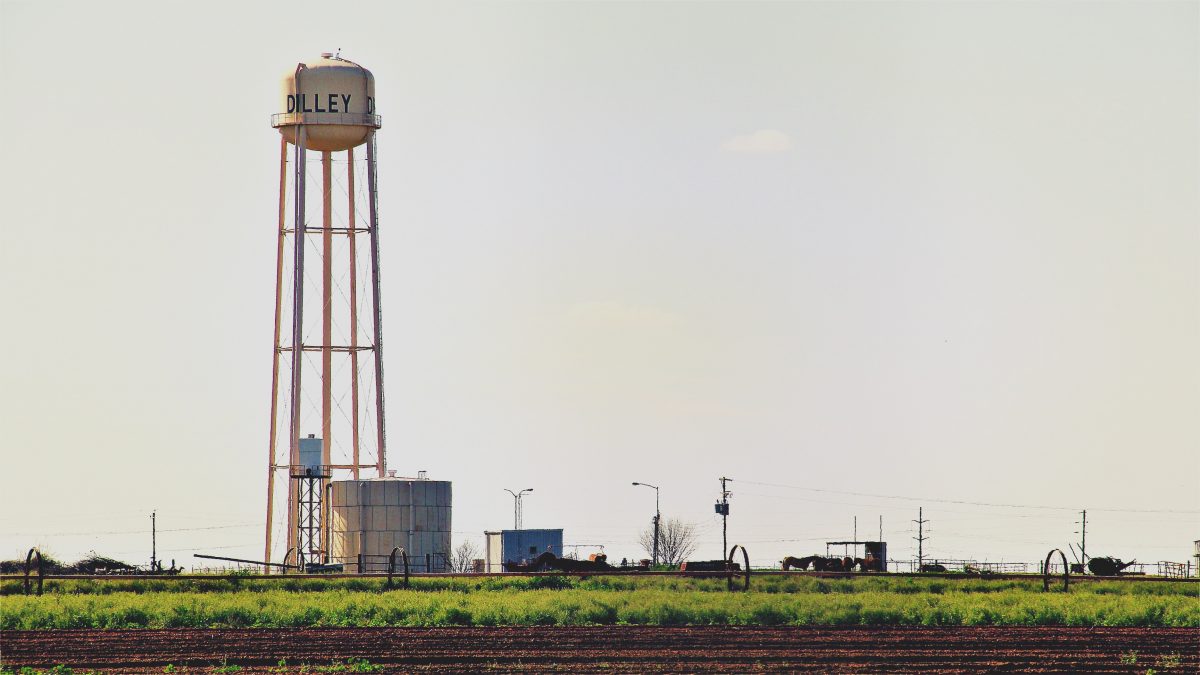 On August 21st, 2017, Dilley’s wastewater operator, Carlos Ramirez, visited the office of city administrator Rudy Alvarez to report a 20,000-30,000 gallon sewage spill at the city’s wastewater treatment plant located at the Dolph Briscoe prison. The incident must be reported to the Texas Commission of Environmental Quality, the wastewater operator said.

The next day, a representative from TCEQ visited Dilley. His investigation confirmed the size and manner of the sewage spill. 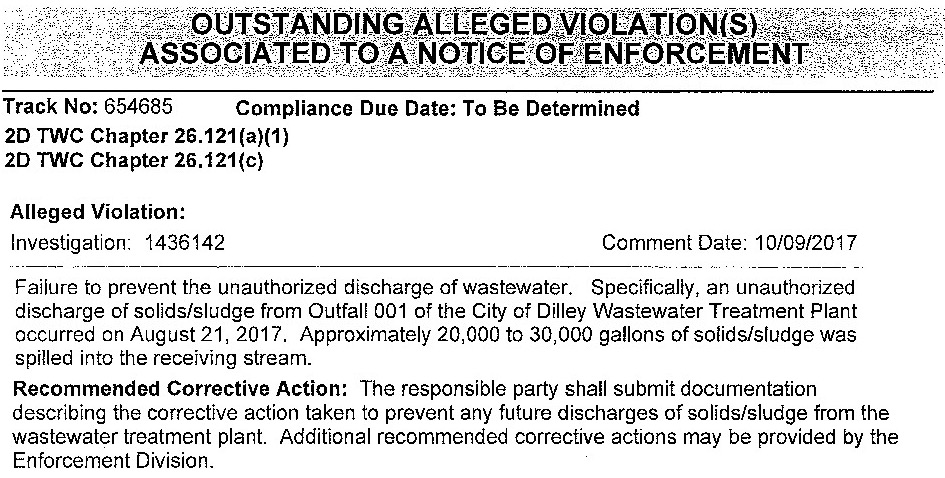 What happened next is the subject of the lawsuit…

According to the plaintiff’s petition filed in the 218th District Court of Frio County, Carlos Ramirez, the wastewater operator, was called into the office of city administrator Alvarez, just two weeks after reporting the spill to TCEQ.

The lawsuit filing alleges that Ramirez was informed “that he was going to be ‘let go from his position,'” even though he had no disciplinary or performance based complaints over the past year.

Next, according to the document, Alvarez told Ramirez “he could ‘choose’ how he would be dismissed. When Plaintiff asked for an explanation, Mr. Alvarez explained that Plaintiff could either resign voluntarily or be terminated; warning Plaintiff that it would be more difficult for him to find a job if he was terminated…

“…Plaintiff resigned, feeling that any reasonable person in his position would also feel compelled to resign.”

Carlos Ramirez is suing on the grounds of the Texas Whistleblower Act, contending he was fired for reporting a violation of the law to the appropriate law enforcement authority.

The city of Dilley responded to the plaintiff’s petition with a denial filed at the district court. The lawsuit was discussed in the executive session of the February 13th council meeting. Based on public dialogue, however, it is unclear if the city plans to settle or go to trial.

In a case of unfortunate timing and questionable judgement from city administrator Rudy Alvarez, Alvarez signed for the citation of the lawsuit only six days after his vociferous public denial of revelations of Environmental Protection Agency violations… violations that are plainly listed as “significant” on the EPA’s website here (water) and here (wastewater).

Furthermore, the EPA violations date from the exact period as the sewage spill reported by Carlos Ramirez.

Without knowing a lawsuit would be served in less than a week, Alvarez broadcast a misleading denial through Facebook, signed in official capacity as “city administrator,” perhaps inadvertently providing ammunition to the plaintiff’s case that essentially accuses the City of Dilley of coverup…

The list of Dilley city council candidates is available here.